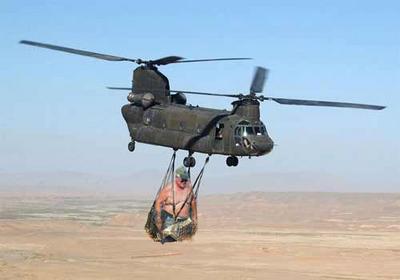 Shocked by the widespread suffering of those displaced from their homes by the flooding in New Orleans following Hurricane Katrina, Senator Edward Kennedy (D-Mass.) offered to plug one of the holes in the Lake Pontchartrain levee with his own ample body. "The Bush Administration has failed to stem the tide of this cataclysm," said Kennedy. "I have had some experience with aquatic mishaps. This experience will bolster me in this hour of desperation as I plug one of the leaks myself."

Lack of logic and sense

I know that I've pointed out the lack of common sense amongst liberals and Democruds, but time for a refresher.

1. 3000 or so school buses sit in a parking lot, ruined by the flooding. Thousands of people sit in their flooded neighborhoods. Mayor COULD have ordered the evacuation, used the buses, and gotten these people out of town. But apparently, the lack of an adequate evacuation plan is FEMA/President Bush's fault. The fact that Senator Landrieu was able to come up with 300 buses to transport voters to the polls when exit polls were showing her being down.
2. FEMA used to be a streamlined, reactive federal agency when Bill Clinton was president. At least if you ask his wife. Of course, if you ask the 250,000 people left homeless by hurricane Andrew in south Florida, they'll give you another story. Or how about the 25,000 left homeless by Hugo? Or the victims of the various earthquakes that have shaken California? Or perhaps the countless other people who've had to fight their way through the bureaucratic red-tape that is always abundant any time you have civil servants who cannot be fired for incompetency making decisions about people's lives.
3. President George Bush has apparently forgotten that he's a Republican. I'm not sure what to say here other than "George, please stop spending like a drunken sailor in the Philippines for the first time, with a month worth of poker winnings". $200 BILLION. That's Billion with a big ol' capital B. That's the price tag for 'rebuilding' New Orleans. Going back to the arguments used during the rebuilds of South Carolina, North Carolina, and Florida during the past 10-20 years when they've been hit by hurricanes, why is it that I, as a citizen of the midwest, where the worst thing that can happen is that we get BORED to death, am I paying for this rebuild with my tax dollars? While I LOVE New Orleans, I'm quite sure I can get a hurricane in Key West, and the cajuns will find somewhere else to cook their wonderful food and I'll make my way there. If commercial enterprises make the decision to go back to New Orleans and rebuild, fine, but taxpayers shouldn't be shouldering the biggest burden of the rebuild. Fix the levees, provide police protection, and provide drinkable water and infrastructure. I'm ok with that. But that should be it.
4. Global warming caused these hurricanes, so again, George Bush is responsible for the hurricane that targeted poor black people. By not signing the Kyoto protocol, President Bush apparently caused the hurricane. Not sure why it is that China or India (both of whom produce more greenhouse gases than the US) aren't blamed for this sudden shift in weather control, since neither signed the Kyoto protocol.
5. FEMA responded so slowly because the majority of the victims were black. Apparently the people who liked this criticism were either stupid or colorblind. Andrew? Mostly white victims, waited four days for help. Hugo? Large number of white victims, again, waited 3 days, and the only reason they got help when they did was because Fritz Hollings used his political clout to speed things up. HELLO?! The F in FEMA stands for FEDERAL. FEDERAL=ineffecient and bureaucratic. Period. Next question. The people who are pursuing this line of blame are the ones who benefit from it. The Al Sharptons, Kanye Wests, and Jesse Jacksons of the world who gain power every time they can blame a white man for a black man's failure. The real cause of the general failure of many black people from having success is the fact that they allow such complete ass pirates like Jackson and Sharpton to be portrayed as their leaders. So, lets use the people whose sole existence is to charge racism and profit from it as our role models, rather than the people who just go out there and succeed, like Colin Powell, Condoleeza Rice, Clarence Thomas, Thurgood Marshall, JC Watts, Michael Steele, etc.

Just another day in the life of a security consultant:

Can someone PLEASE explain to me exactly why it is that the death and destruction in New Orleans is President Bush's fault?
I have a 144 IQ. I'm not a dumb man. I went to high school (before public schools went entirely to shit) AND college. I have a degree in both Political Science and Economics/Management and have since gone on to further my education in the computer field and get a job that requires that my intellectual capacity be toward the top end of the scale.
However, I cannot wrap my brain around the fact that people are actually BLAMING President Bush for the levee failing (DailyKos), and blaming him for the fact that the city flooded and people died.
This of course is ignoring the whole logic that the goddamn city is UNDER SEA LEVEL. That combined with the fact that the governor AND mayor set a new record in displaying an unbelievable amount of incompetence between not ordering an evacuation and then not asking for National Guard troops in a timely fashion, is what killed people. FEMA, while an incompetent government bureaucracy, didn't kill anyone. They merely acted in a fashion that anyone with any sense would expect from a government body. That'd be in slow motion. Well DUH. It has nothing to do with the fact that the residents of the city of New Orleans are black. They could be purple for all FEMA cares. Jesus Christ himself could be standing in the middle of the flood, walking on the water, and FEMA wouldn't act any quicker than they can possibly do, as a governmental agency.

Anyone with any sense knows that putting this sort of emergency response into the hands of a governmental bureaucrat and expecting a 911 (not 9-11, 911)level of response time is nothing short of naive at best. Ignorant at worst.
at 9/14/2005 10:24:00 AM No comments:

Update on a couple things

1. Found some video of the protests at Walter Reed Hospital that I'd been looking for. Can we start questioning their patriotism NOW?

2. Well, now that the full brunt of the situation has come to light, foreign countries are offering aid to the US to assist in the cleanup of Hurricane Katrina. Some have come in the form of donations to the Red Cross (Sri Lanka donated $25,000, which doesn't seem like much from an entire country until you consider that compared to their GNP, that's pretty significant)
at 9/06/2005 07:49:00 AM No comments:

Last time I checked, he was president of the ENTIRE U.S.A. Which means his responsibilities are a bit more than evacuating a city or providing food and water for them. Wouldn't you think the Mayor of that city would take a bit more responsibility for the complete and utter lack of planning that has taken place, even AFTER last years near miss? You think that woulda woke him up and told his administration that instead of lining our pockets with taxpayer dollars, perhaps we should do something along the lines of emergency planning, considering the majority of our city is UNDER FRIGGIN SEA LEVEL.

But no, you have the ass-munch mayor on TV whining about how pissed off he is that the federal government didn't use wormholes to make relief suddenly APPEAR in New Orleans. Or the governor of Louisiana saying 'please, pretty please, gosh guys, please evacuate', rather than sending the damn National Guard in there to remove (by force if necessary) people from the city.

No matter what you think of the federal governments response to the situation, this candy-assed criticism of the feds is a joke. Please tell me that you've NOT known that the federal government is a bit challenged when it comes to responding to anything quickly. I'll laugh in the face of any idiot who actually has the nerve to say that the feds should be fast in responding to anything. These are the same people who take six weeks to file paperwork to request another form in order to get the paperwork to order some paperwork. And you're depending on THEM to help you?

Want to see something hard core? Check this site: http://www.livejournal.com/users/interdictor/

This is the blog of a guy who apparently is the Chief Crisis officer of a company in New Orleans, stuck in a building, watching it all develop. Interesting stuff.
at 9/01/2005 10:39:00 PM No comments:

Nah, I'm not talking about liberals, or even DemoncRats. I'm talking about looters (probably many of which ARE democrats or liberals, but that would take me off onto a tangent that I don't wanna go, at least for now).
A looter is the lowest form of life. The kind of person who feeds off of other people's misery. The kind of person who looks at the fact that everyone with an IQ over room temperature has left the area and decides that now is the time to get what he or she has been wanting at the local jewelry store, appliance store, or Walmart, but is too goddamn lazy to actually GET a job and buy it. A looter is the kind of person who sees the corpse on the ground, notices the nice watch on his wrist, and rather than having the honor to let the person who worked for it, be buried with it, would strip his corpse of the watch.

Society keeping you down? It's perfectly acceptable to these people to get even with 'society' for this by stealing from their neighbors, friends, markets in their area in order to get back at 'society'. And according to some, it's perfectly fine and understandable that they behave in this way, because society HAS kept them down.

Yeah, and if people keep shoveling that sort of bull around, we shouldn't have any problems getting things to grow down there once the water is drained out.

I just hope that if there's justice in the world, at least a couple of these asspirates decide to loot somewhere that the store owner stayed around, and he's sitting in his store with a large caliber handgun. And the instant they walk in and touch the nearest microwave, diamond pendant, or television, he allows them to make the decision to walk the hell away, and when they don't, he makes an example of them.

Either that, or one of the idiots drowns trying to keep all of his loot in one place, and gets some part of his body caught under it and can't escape, while the water climbs higher and higher, slowly letting him know that SOMEONE will make him/her pay for his stupidity.

That's not society keeping them down, that's their own idiocy. Come to think of it, it DOES sound like a liberal, doesn't it?
at 9/01/2005 07:49:00 AM No comments:
Newer Posts Older Posts Home
Subscribe to: Posts (Atom)
“Crouch down and lick the hand that feeds you. May your chains rest lightly upon you and may posterity forget that you were our countrymen.” - Samuel Adams