ABC and NBC have refused to air this advertisement. Think they would have refused money from George Soros or Code Pink to air an ad against anything that George Bush proposed?

Yeah, not in a million years.

Funny thing is, this is actually a pretty tame ad. It doesn't get even close to telling all the negative things that would happen if Obamacare passes.
at 8/28/2009 07:39:00 AM No comments: 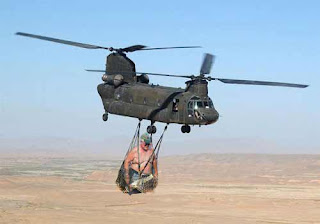 While it was safe to say that no matter what Ted was saying, I disagreed with him, but ya gotta say the guy was passionate.
Passionate about everything wrong, but he was passionate.
at 8/26/2009 09:00:00 AM No comments:

So, a couple days ago it was published that George Soros had just invested $811 million in Petrobras, a Brazilian oil company and that the government had just loaned Brazil $2 billion for petroleum exploration.  All that while the petroleum industry in the US suffers thanks to regulatory oppression and environmentalist whackjobs.  Unemployment in the US petroleum industry soars, while we throw $2 billion to Brazil and also allow a hedge fund manager (Hey, I thought hedge funds were evil) that happened to donate millions of dollars to groups that support him to profit.  Yeah, that's change I can believe in.

And now a published report by AP of all people, usually hard-core in the tank for Obama, shows that several groups that supported Obama during the election, stand to profit from his health-care reform proposals.

Instead of throwing out the baby with the bathwater, as has been proposed by the Obamatons, and the government taking over a full 1/7th (or perhaps larger portion by now) of our economy, we should approach this problem from a different standpoint.

No one is arguing that there aren't some issues with our current system, as no system in the world is perfect.  However, the World Health Organization's (WHO) ranking of the American system as 32nd in the world is obviously bogus.  It also includes statistics such as who pays for the health care and whether the government pays for poor.  Obviously, anyone who has an axe to grind like WHO would do their best to make systems that don't run the way they think they should look badly.

But putting the collectivist, socialist idiots aside, here are some ways that John Mackey, CEO of Whole Foods Inc, a company where 89% of their employees are covered by their health care plan, has proposed to help fix the current system:

Rather than completely throwing away the good with the bad of the current system, these changes would be much simpler to implement and much more acceptable to a large majority of the people.  Why not try incremental fixes instead of a full-on government take-over?

And please someone try to tell me that the government isn't trying to take over the health-care system.  Make sure you share whatever drugs you're taking before you do so, since I'll need to be as mind-altered as you are to believe it.
at 8/13/2009 09:13:00 AM No comments:

More from Erick at Redstate.com:

If a review in 2013 by the Congressional Budget Office determines the health care overhaul has failed to save at least $175 billion, the bill provides for an automatic doubling of the tax increases on the lower two of those three incomes.

Further, with state income taxes rising across the country, this surtax and automatic 2013 increase would put the top combined federal-state income tax rates in over half of all states at 50% or more.

Well, I think I figured it out

Bill Clinton is celebrating his 63rd birthday in Las Vegas while his wife, Hillary, makes friends in the Congo.  I'm betting there was some lamp-throwing in that discussion, but it definitely clears up why it is that she's so bitchy.....

Today's inconvenient fact comes directly from the bill itself, as opposed to the majority of what Our Dear Leader spouts from his pie-hole in his lies to the American people.

Thanks to Erick at Redstate.com for doing the research and finding this.


The Senate Health, Education, Labor, and Pensions Committee's "Affordable Health Choices Act" contains an "employer mandate," or a legal requirement that all American businesses with 25 or more employees offer health insurance to their workers.  The penalty for failing to comply with this mandate to offer employees health insurance is a $750 fine per full time worker per year.
In 2008, employer-provided insurance policies averaged $4,704 a year for individuals and $12,680 for families, according to the Kaiser Family Foundation. This means employers would be able to save $4,000 per worker (or $12,000 per family) by ending their employee health benefit programs and simply paying the federal government the fine.

So, are you SURE that this will HELP small businesses Mr. President or are you just spewing your own propaganda?

Why is it that no one is questioning the intelligence of a president that obviously doesn't know his own positions or the bills that his own staff has put together?  Oh, yeah, because he's a Dimwitocrat and not named Bush.

So now, as if bold-faced lying to the public isn't enough, the White House wants their supporters (or the retards who aren't smart enough to realize that it's facist to do so) to report those who oppose their view of the health care debate if they use a fact or figure that doesn't quite jive with the White House version of things.  If you go to http://www.whitehouse.gov/blog/Facts-Are-Stubborn-Things/ you'll see that they post an email where "concerned citizens" can report such 'misinformation', making sure that the public debate is on the up and up.

Really?  We want a public debate now?  I thought the Obamatons really only wanted their way and nothing else.  No discussion, you won remember?  There was to be no opposition because, let's face it, the American people wanted socialism, right?  This is the same group who would not allow opposing positions to be broadcast during their day-long suckfest/infomercial with ABC.  This is the same group who has to PAY people to show up to town hall meetings and to write letters, yet people who oppose them must be organized and are generally just uninformed mobs.  And yet, they want those of us who oppose them to be reported to this 'ministry of truth'-esque governmental organization?

And the most twisted part is that the page never actually references the actual bill in congress, it only refers to the lies that our president is telling people to their faces.  So, perhaps in Obamessiah's mind, these things are not part of his proposal, but read the damn bill Mr. PretendPresident.  It's there.  I promise.  Or have Michelle read it to you, since she seems to be the smarter of the two of you (and that's not saying much).  Or have that idiot wise-latina you just screwed the Supreme Court with read it to you.  Try to get her to say 'cabron' as much as George Lopez during a stand-up though...it'd be a good drinking game.
at 8/10/2009 08:25:00 AM No comments:
Newer Posts Older Posts Home
Subscribe to: Posts (Atom)
“Crouch down and lick the hand that feeds you. May your chains rest lightly upon you and may posterity forget that you were our countrymen.” - Samuel Adams