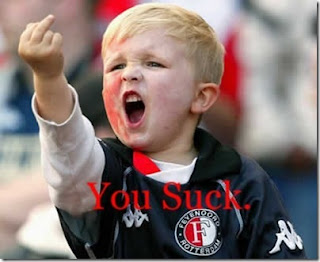 This alleged stimulus plan is just typical ignorant crap. The thing that makes me the most crazy is that the liberals, who usually only benefit from an ignorant populous, are rushing this turd through Congress. The longer it sit there, the more it stinks. Educating the people about the kinds of utter bullshit that are part of this pork-fest can only help to at least make sure that these congress-turds that vote for it pay for it when they're up for election again.
The Obamessiah has said this is the worst economy since the Depression. If you truly believe that, feel free to send me a check, since you are too stupid to deserve the prosperity that you've earned to this point in life. Look at the late 70's where inflation, unemployment, and interest rates were worse by multiples. But of course, the Obamessiah can't really point to that can he, since he's pushing for the same failed liberal crap that Carter pushed and ended up causing that economic crisis. This economy is no where near that economy.

The other thing that I find offensive is that the Obamessiah loves to point out that America "chose hope over fear" in electing his sorry ass, but yet, the instant things stop going exactly the way he wants them, the whiner-in-chief stomps his feet and uses that very same fear in an attempt to scare people into supporting his Turd bill.

Stimulative spending is temporary. Yet $264 billion of this bill is a new welfare program and that is just the 'down payment'. "Tax Cuts" which are in actuality merely checks to people who are able-bodied and who don't pay taxes anyway. The 10-year cost of just this piece is estimated to be $700 million, no where near the first couple year estimation of the $200 million they refer to.

Send a letter or call your senator or congressman. Please. If you care at all about the future of this country, you have to let them know your opinion.

If you don't actually want to go to the trouble of composing a letter or if you're just illiterate (which if you were, you wouldn't be reading this), go here and the following letter will be sent to your leaders:

The stimulus plan being considered in Congress this week will do nothing to help spur the economy out of recession. It is a massive $825 billion package full off wasteful spending, and worse still, multi-billion dollar handouts to politically motivated groups that engage in questionable practices. Specifically, radical left-wing groups such as the Association of Community Organizations for Reform Now (ACORN) could have access to billions of dollars should this stimulus plan pass.

I don’t believe that my hard-earned tax dollars should be used in such a politically motivated manner, especially under the guise of stimulating our economy.

I urge you to vote against the "stimulus" package and instead support fiscally sound approaches to boosting our economy such as real tax cuts and significant spending controls.