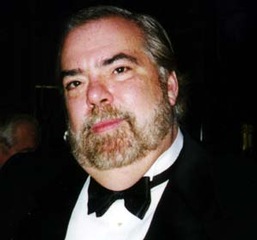 William was a VP of equity sales for Cantor Fitzgerald. He was in the building on 9/11 when the planes driven by murderous jihadi's plowed into the WTC. He was 54 years old, and lived in Basking Ridge, NJ.

When his son, BC had to bring a picture to school, displaying what he wanted to be when he grew up, he had a guy holding a briefcase. He wanted to be like his father, selling stocks. Approximately a year prior to his murder, William and his wife had bought their dream home, a five bedroom colonial with an in ground pool, in which William enjoyed reading mystery novels. It also had a game room which they were still working on, complete with a pool table and big screen TV. This was so that family and friends could congregate on holidays. His favorite holiday was Thanksgiving, the best holiday for such congratations.

William was born in NYC, went to Farleigh Dickinson and graduated in 1976. He is survived by his wife, Debby and two sons, Keith and William Charles better known as BC..