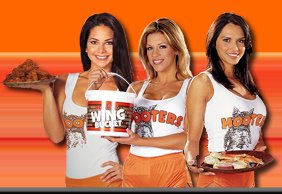 From a friend. Since I thought that many of you would share the same emotions, I'd pass it along:

Dear Friends,
While many of you know me as a happy-go-lucky guy who enjoys the brighter side of life, I feel compelled to inform you of a recent and rather tragic event that has occured in my life. It's wonderful how in times like these, the thought of friends like you can so uplift your soul. This evening I was working in my new apartment when I received a phone call from a friend from a while back to tell me that a mutual friend of ours had recently, and unexpectedly passed away. Though I hadn't recently spoken or hung out with him, he was a guy that made a great impression on your life. Whether it was introducing a rather shy middle schooler to new sites, sounds, and tastes in a big city or keeping him company during the awkward college and post-college years. He helped open my eyes to new experiences and taught me the importance of being a gentleman in order to get the ladies. In any time, I knew that I had a friend in Robert and like many of you, I knew I could count on him.

Like all friendships, you have your differences. And in a time like this, it's funny how I can laugh and smile about both the good times and the bad. Many of my college friends probably aren't familiar with Robert as I only hung out with him once or twice during my years at Purdue due to a disagreement that seems so silly now. After graduation though, we reestablished contact through the same person who actually called me tonight and told me of his passing, one of my ex-girlfriends, Morgan. We were kind of the three musketeers when we were together and it's those good old fashioned times of watching a game, making catcalls at girls, and grabbing a beer that I tend to choose to remember.

As some of you might know, Morgan is now married and living in Florida, but she told me that she also regularly hung out with Robert. She said that he was doing such great stuff for others and the community and that the papers had written such nice things about his passing. Morgan even said that since she quit her real estate job after the wedding, he'd offered to give her a job working for him ... a job which she said he wouldn't take no for an answer and paid her well above the market rate for her experience. While I know that was rather a diversion from the topic, I feel that it just demonstrates the type of man that Robert was.

It's a shame to know that I'll never be able to thank Robert for the great times I've had with him, or the times down the road we could have had together. I know that in my heart, we shared a deep friendship that will outlast our physical beings.

So, the next time you grab a worthy beverage, all I ask is that you think of Robert and make a toast:Robert Brooks, you have shown me hot girls in tight uniforms, D cups in B bras, and given me the best hot and boneless chicken wings that money can buy and thank you for keeping me company during those painful years in South Bend.

So, please raise your glasses, whatever you have in front of you: To Robert Brooks, friend, confidant, and founder of Hooters, we shall miss you.

I love you all,